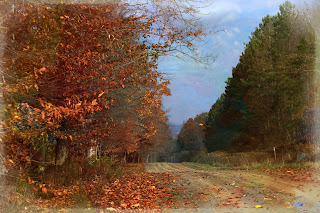 Election 2016 went the way some wanted it to go and not the way others wanted, sort of like life in general I guess.  I am thankful, not only for the fact that no matter who leads our country, God is ultimately in control.  The same is true for our lives individually, nothing happens that God does not allow.  Many times the things that happen don't seem fair from our vantage point and sometimes we might even wonder why a just God would allow them to be.  I'm pretty sure God understands that and does not hold it against us when we feel that way but I also know that God alone sees the big picture.  He alone knows where the road is going, and if we will let Him, He's there to lead us, by His own hand, every step of the way.